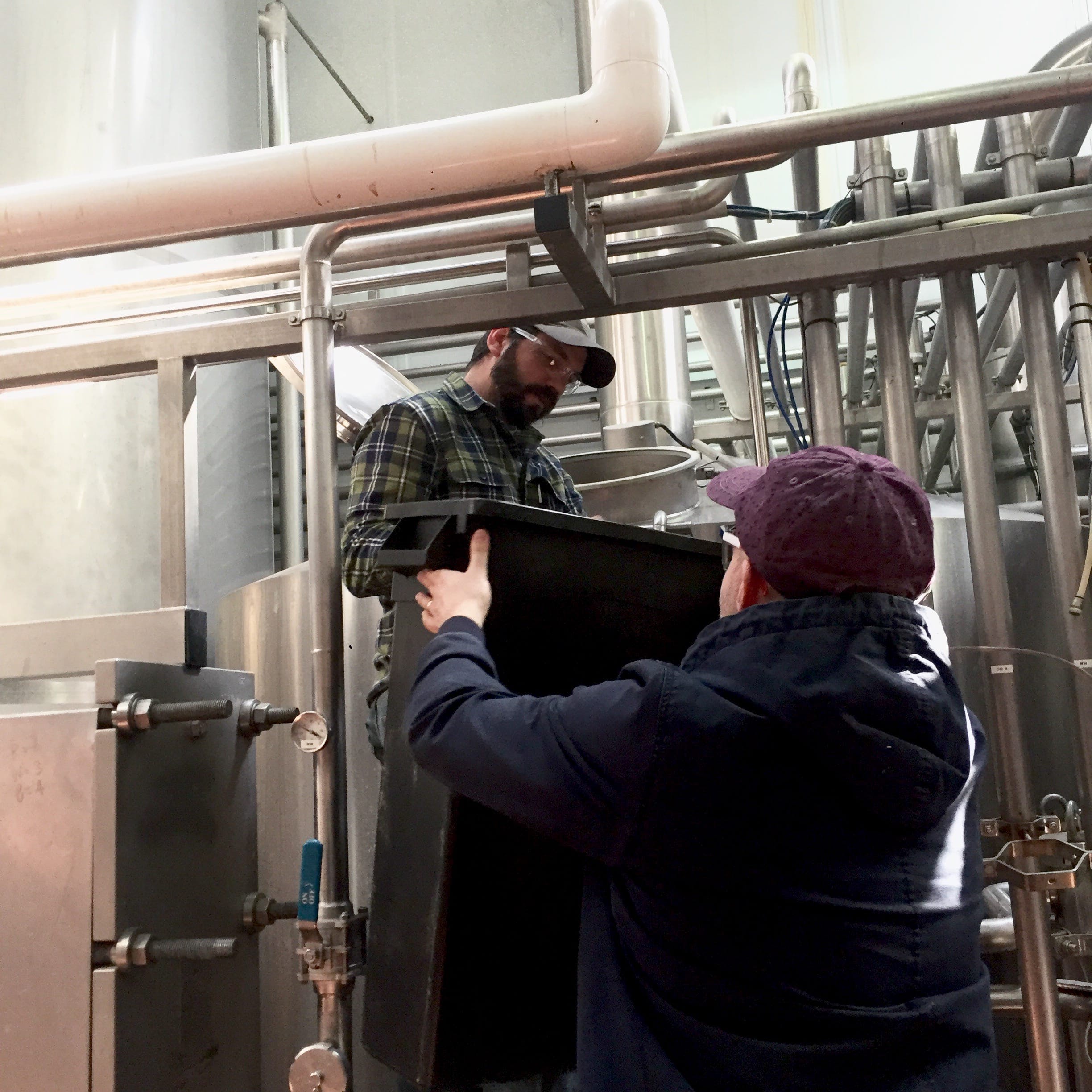 Our NYC distributor, Union, asked us if there was a 1st generation craft brewer that we’d like to collaborate with on a beer for their biennial trade show. Some big names were bandied about, but we knew immediately that what we really wanted to do was brew a pilsner with Victory. Their Braumeister Pils beers are our favorite pilsners, and we’ve long been wowed by their willingness to use a wildly complex traditional process to make these delicate beers. So we cross-pollinated Braumeister with Tesseract! We performed a decoction mash involving five different temperature rests. A big whirlpool pellet hop addition is followed up with two trashcanfulls of whole leaf mosaic in the hopback. We’ll dry hop with more later. Adam and Eric from Victory seemed just as excited as we were to discover what would happen when we used a big dose of modern American hops in this uncompromisingly traditional process — Victory is appropriately revered for their mastery of traditional lagers, so this is a fun way for them to begin experimenting with modern hoppy variants. 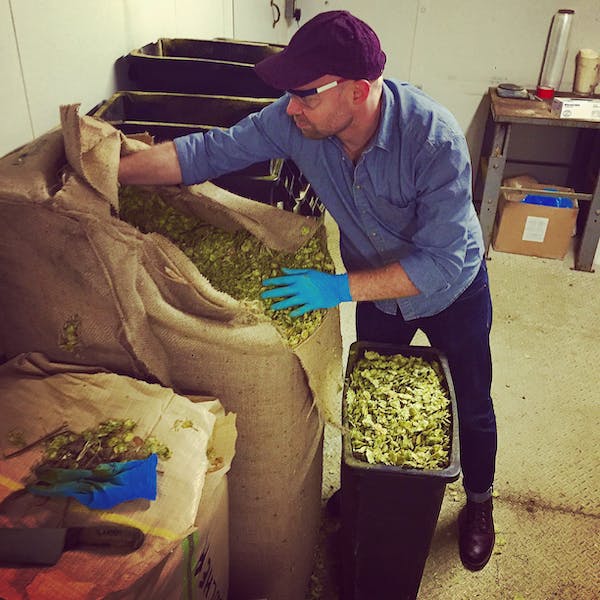