We’re releasing 3 cans and 2 bottles at the Grand Opening of our new Brooklyn brewery on June 30th at 10 am (until we run out of beer). We will have a trio of inaugural Brooklyn-brewed hoppy beers available in cans & growlers as well as two of our mixed culture golden sours aged in oak.

Time: 10am until beer runs out

This beer has been in the works since we founded our nomadic brewery. It is a blend of golden sour aged in oak for one year and saison aged in orange bitters barrels for three years. It is fermented with a mixed culture and dry hopped with Galaxy hops, 6% ABV, limit 4 bottles (90 cases available — 12 bottles per case) 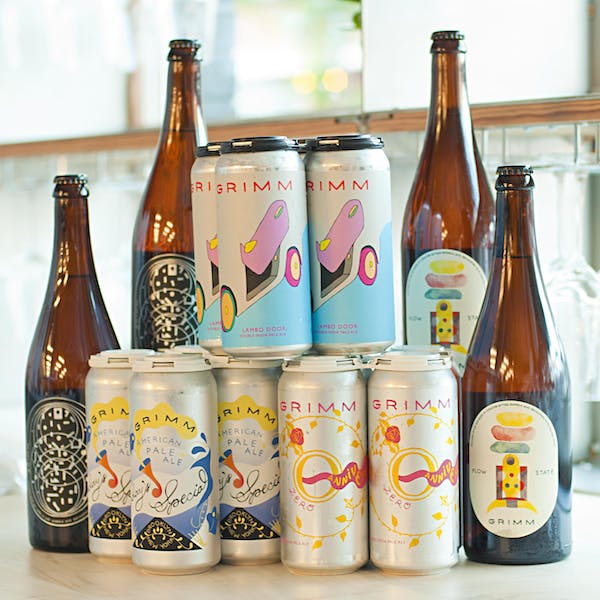