We’re releasing two beers this Saturday, 7/6, starting at noon! The next beer in the Hyperfocus Series.. Ekuanot & an OG Grimm Sour.

Hyperfocus Ekuanot pops with ultra-green, bright and powerful hoppy aromas of bing cherry, apricot, papaya, and raw hoppy “yakima air.” The palate is dominated by a juicy citrusy quality that reminds us of chewing on sugary yet pithy kumquats.  The finish surprises us with a Christmasy juniper/gingerbread note. This double IPA is deliciously intense and dank!

Psychokinesis is back in a wild new form!  This beer was conceived some years ago as one of the original dry-hopped kettle sours (pioneering a style sometimes called Sour IPA nowadays).  Now we’ve reimagined the beer as a brett-laced mixed culture beer fermented in our oak foeder.  We let our mixed culture run wild on our Kinesis grist in the oak foeder, and then bombed it with a heavy dose of mosaic and el dorado hops.  The result is a super-quenching tart-and-funky hop burst that explodes with notes of ultra-sour tropical fruit (mango/lychee), sweet tarts and warheads! With only 51 cases produced, this beer will be sold primarily in the Grimm taproom. 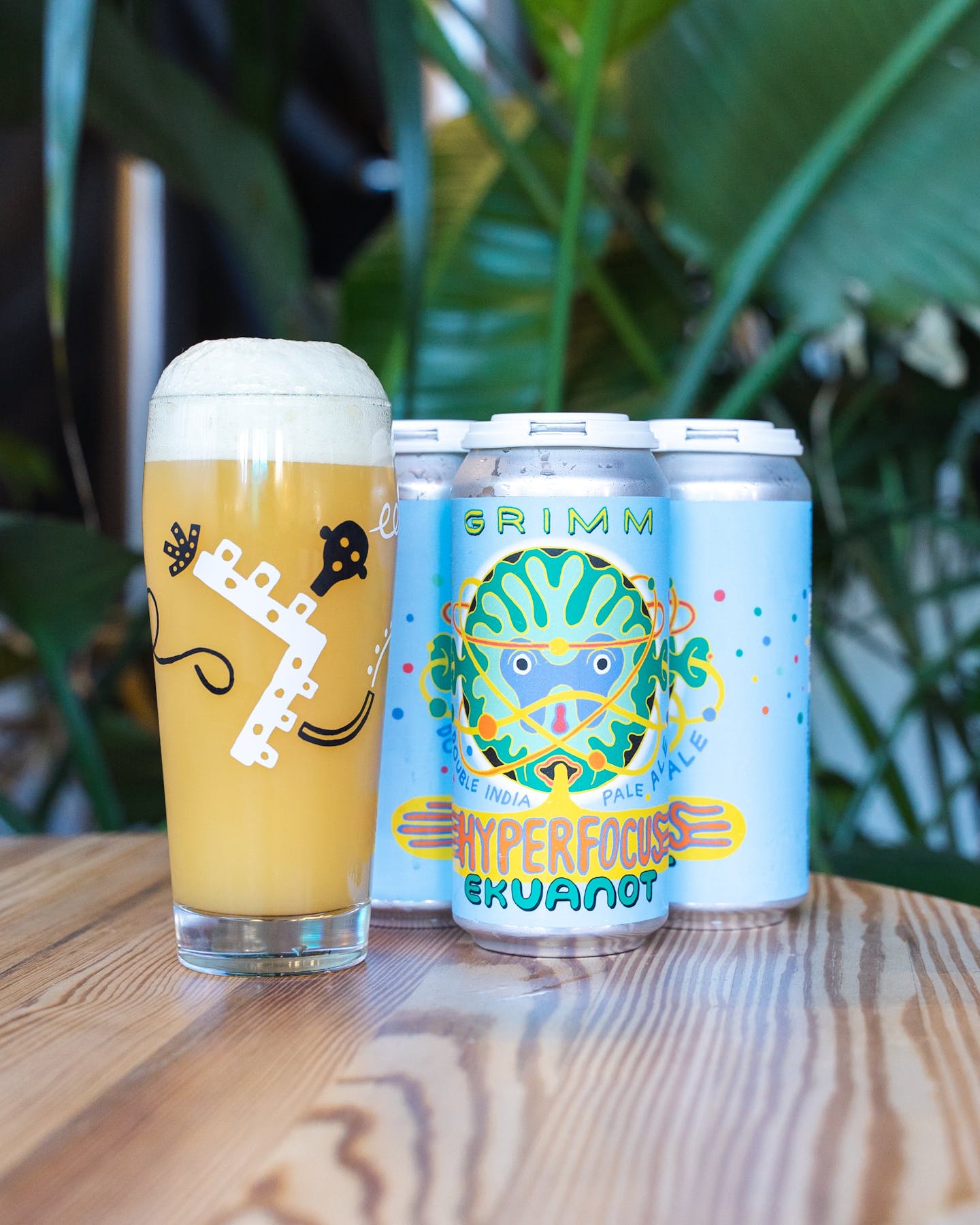 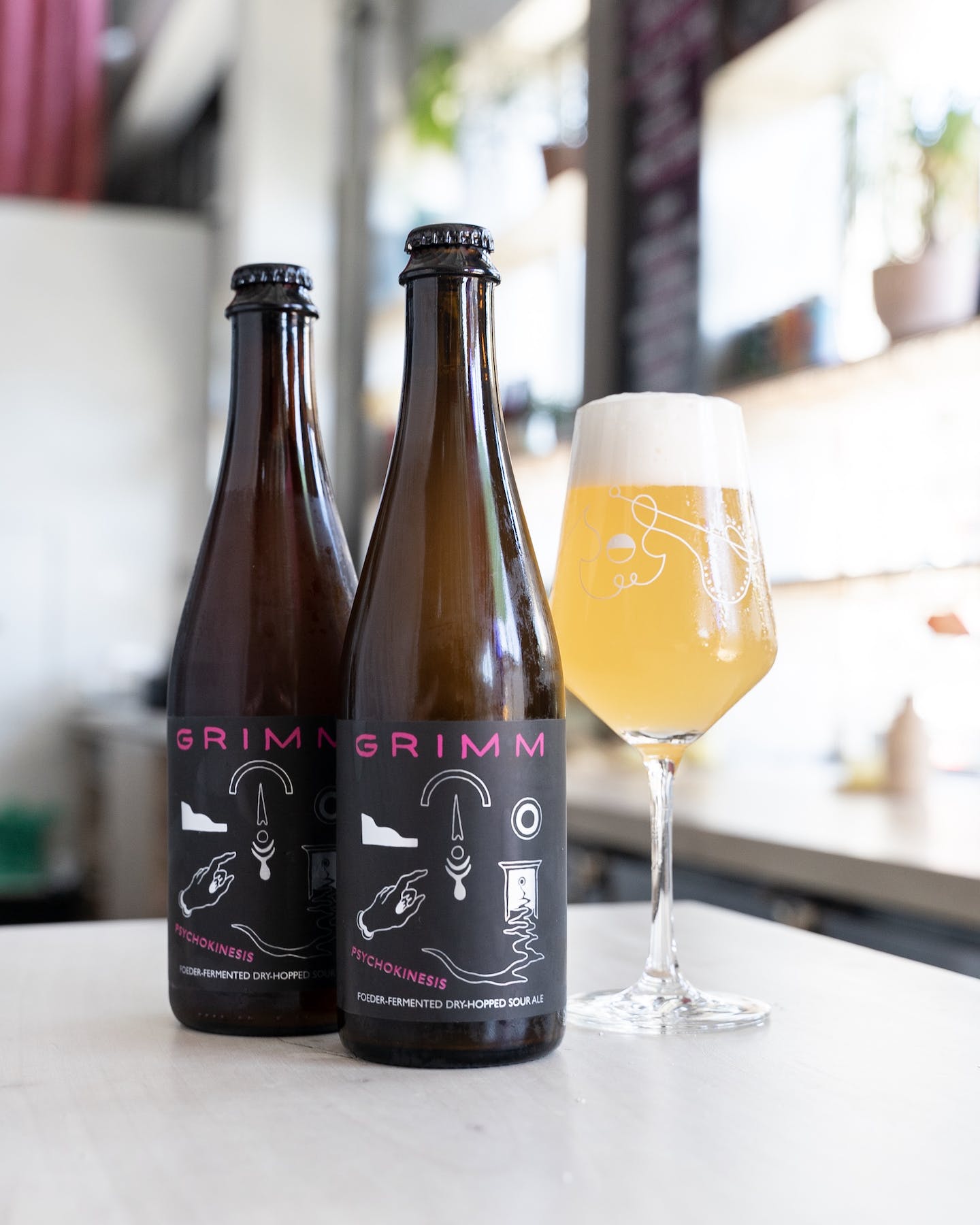 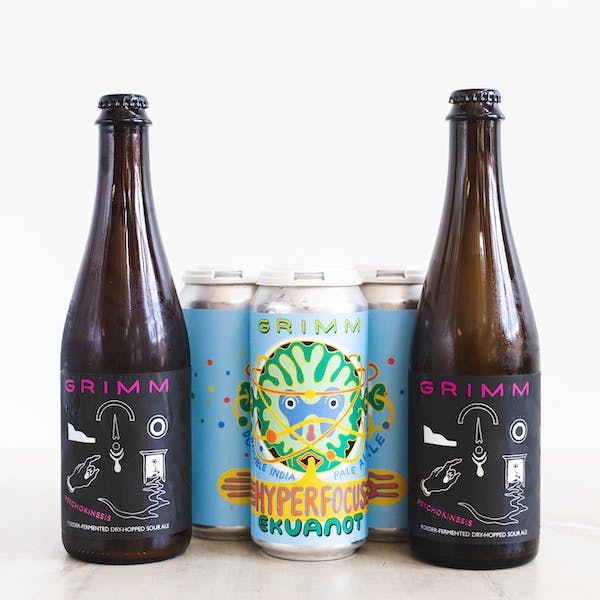