Telos: Modern German pils, 5.5% ABV.  FINALLY A GRIMM PILS!   When we take on a new beer style we don’t take anything lightly, and our goal with this beer has been to produce the most perfect pils we’ve ever tasted.  With that in mind, we utilized a traditional rising-temperature step mash with 100% German pilsner malt, added a heavy-handed addition of German hops (Huell Melon and Mandarina Bavaria), and used a long, slow, cold fermentation and lagering process that occupied the cellar for five weeks.  We eschewed any fining or filtering.  The result is a uniquely contemporary German-style pilsner that is refined, delicate, flavorful, and thirst quenching.  Crackery, flowery-crisp, and lightly fruity.  We are drinking pint after pint because each gulp invites another! For our staff, this is one of the most exciting beers we’ve produced yet in the new brewery, and we hope you love it as much as we do.

Hyperfocus (Galaxy): Double IPA, 8% ABV.  This is the debut of a new series of single-hop Double IPA’s!  Brewed with Galaxy hops, tons of Galaxy hops and nothing but Galaxy hops.  *Loud* with big tropical hoppy gummy-bear notes.  Hazy in the extreme and fully saturated with hop oils, this is not a subtle beer. 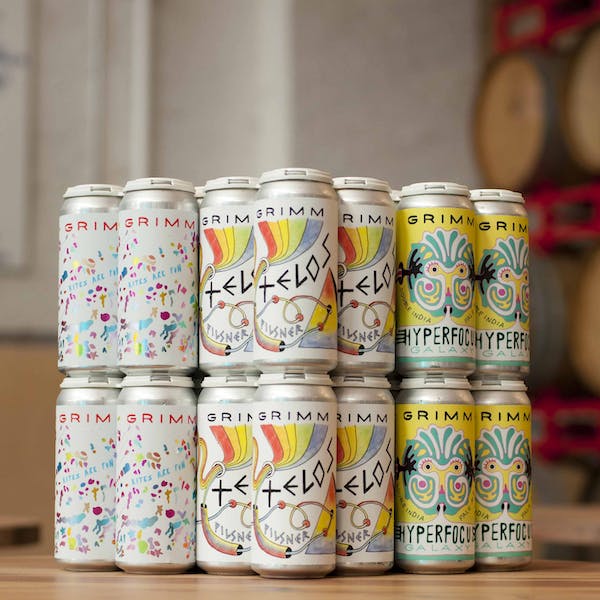